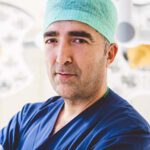 Dr. Dr. Alaaddin Yilmaz (born in 1970 in Emirdag, Turkey) graduated from Rijksuniversiteit Gent as a physician in 1996. He started his general surgery training at St. Jozef Ziekenhuis and Maria Middelares Ziekenhuis in Ghent. He completed his training at St. Antonius Ziekenhuis Nieuwegein in the Netherlands under Prof. van Swieten. Read more » 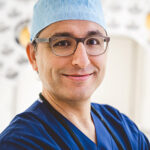 Dr. Abdullah Kaya received his medical degree from Utrecht University in 2001. He then specialized as a cardiothoracic surgeon at St. Antonius Hospital in Nieuwegein where he worked from 2010 to 2014. In 2014 he obtained his PhD in the field of aortic root surgery and transferred to an Academic Medical Center Amsterdam until his appointment at Jessa on April 1, 2019. Since August 1, 2020, he has been a recognised surgeon in Belgium and a staff member of Cardiothoracic Surgery. Since June 2020, he has been appointed as a guest lecturer at UHasselt. Read more » 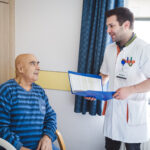 The nursing team of the department of cardiothoracic surgery, consists of 22 nurses. Each one of them offers you due care and a helping hand after surgery. They support you during the healing process and help you regain your independence as soon as possible. If you have questions or problems, you can always contact them. Read more » 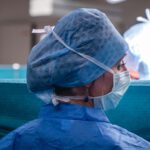 The cardiac surgeons are assisted during the operation by surgery nurses. 8 of them received special training in instrumentation during heart procedures. Read more » 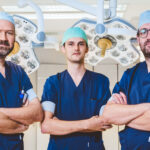